Check out a list of top Kenyan celebs who went back to school after becoming famous or gaining a lot of popularity needed to further their education .

On of Kenya’s most successful football star Michael Olunga went ahead with his studies even after moving abroad to sign for a lucrative club.

In one of the contract agreements, Olunag would continue his studies in geospatial engineering .

Previous he was a student at The Technical University of Kenya.

The Kiss FM presenter and Youtuber graduated with a Bachelor’s Degree in Community Development from Daystar University in Nairobi.

Kenya’s youngest MP aged only at 25 years old, MP Paul Mwirigi graduated with a Bachelor’s Degree in Education in 2019

The Igembe South MP John Paul Mwirigi was part of the graduates during the during the Mount Kenya University’s 16th graduation ceremony held at the Thika main campus on Friday, August 9.

In 2017 when he was declared the winner of the general elections in Igembe area, he was a third year student at the same university.

Almasi aka Ian Munene Kanini graduated with a degree from UK based top university known as University of Kent, 2019

The good news was first made public through Instagram by the former Machachari actor Almasi himself.

“I just wanted to say, thank you, thank you, and thank you a hundred and eight times to every single person who has you know, congratulated me for this endeavor. It’s been a group milestone; I didn’t do this by myself.

He thanked his family members and friends for the word of encouragement and help they accorded to him.

This came as a result of everyone being around me, giving me positive vibes and positive energy. And the ones spreading positive energy are showing us that they will always be there for regardless.

“And that we need to toughen up and just move on and be keep strong,” he said.

His close family members were close to him during the graduation ceremony.

A happy Jessy took to the Instagram to thank God who helped him sail through the mucky winds of education.

He did not forget to encourage his schoolmate comedian Jalangó aka Jalas to continue with his studies until he graduates.

Jalas would later congratulate him and wish him all the very best.

“Many moons have passed since my brother told me talent without school is nothing. Today the truth just dawned on me when I saw this pic of my brother in a gown,” Wrote Jalas

The Milele FM Presenter, Jalas also took his fans down the memory lane on how MC Jessy contributed to his advanced studies, when he almost gave up everything to the wind.

“The pressure from Kizito who was the PR manager at Daystar and that of Jessy sent me to register in 2013 yet I joined three years later. Jessy kept on pushing me to register and I kept wondering what for? I had a career, I had connections. Why did I need to go to school? Today is another reason! So I just registered so that Jessy would not disturb me,” Jalang’o recalled. 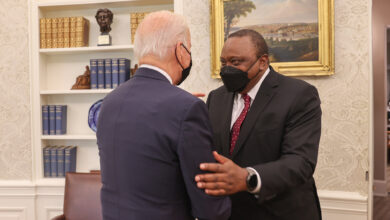 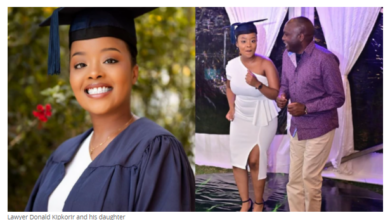