Today they are rich, famous and mighty, but a look back into their life before they became famous reveals a true story of inspiration.

Most of the celebs were raised up in slums, in villages with poor background, but they surely made it to the top ladder.

Here are Kenyan top celebrities who come from nothing to something

Victor Wanyama, who used to earn sh.30 million at Totenham in English Premier League, grew up in the slums of Muthurwa in Nairobi.

His brother McDonald Mariga who was the first Kenyan to feature in UEFA Champions League, was not also spared with tough life the Wanyama family went through.

Their both parents were poor and relied on casuals jobs around Nairobi.

Babu Owino aka Paul Ongili was brought up in the shanty slum of Nyalenda, in Kisumu city.

Safe of his sharp and bright head, he was able to see light after doing well in KCPE and KCSE exams before he joined University of Nairobi.

Papa Jones aka Khaligraphy Jones grew up in the slums of Kayole based in the Eastern side of Nairobi.

Kayole slums is majorly known for robbery and violence crimes.

He grew up in Homa Bay County with poor parents who only lived on small scale farming.

Today, she is the richest entrepreneur and highest paid socialite.

Vera is famous for spending more than 15 million on plastic surgery to transform her body.

Larry Madowo was born on the 14th of July 1987 in Siaya County from a humble Barding village.

He lost both parents at the age of just 14 years old.

After attaining his education with hard work, he joined media industry to make his name.

Today, he is a top media personality in Kenya who works with BBC Africa.

She was born in 1989 in Nairobi satellite town  Ongata Rongai estate in kajiado County.

She spent her early childhood in Nairobi.

Betty who is has three siblings, is a true example of what a hardworking woman can become in a media fraternity

Today, the successful musician in Kenya is better known as Bahati Kenya.

However, he has a heartbreaking background .

Bahati was brought up from a tender age as an orphan. He was raised in ABC Kenya Children’s home in Kariobangi. However, he was able to trace his mother’s home, based in Makueni county.

Bahati’s breakthrough came up when he decided to venture into music after high school.

He joined Daystar University for Bachelor’s Degree in Mass Communication and Journalism.

Today he is a top comedian with several lucrative awards in his honour.

Jaguar was born in a humble family before he ventured into music that made his breakthrough to success.

As a musician , he backed more than 10 music awards in his career.

All was not rosy for Jaguar. At the age of eleven, he lost his mom who was the sole bread winner.

He was forced to enroll into odd jobs as a young boy so as to finish his education.

Born as Daniel Ndambuki, he is better known as Churchill as a comedian and Mwalimu Kingángí as a radio host.

He was born in Machakos, from a humble family.

He started Churchill Live Comedy Show in September 2008 but was renamed Churchill Show during its third season in 2012.

Churchill show is the best Kenyan comedy show of the time

King Kaka aka Rabbit was born as Kennedy Ombina, is undeniably a success in Kenyan rap industry .

King Kaka was born in Nairobi city but in a poor estate.

He lost his dad at an early age and was left under the care of the mother.

he attended St. Johns Primary School where he qualified to join Eastleigh High School for his secondary education.

His music career became clear while still in high school.

He was born as Timothy Kimani Ndegwa but he is popularly known as Comedian Njugush.

He has become a house hold name from nothing having been born from a basic family with no wealth or any kind of richness.

He studied Kenya Institute of Mass Communication (KIMC) where he studied Journalism.

MCA (Member of Chokora Association). Tricky, was born in Makueni in 1993,

He is one of the biggest comedy talents in Kenya.

Before comedy, he used to be a street boy

Willy Paul aka Wilson Abubakar Radido was born as Wilson Shikwekwe Radido to Mr. and Mrs. Paul Radido in September 1993 in Mathare slums.

His dad is thought to have origins in Uganda while his mum was a Tanzanian immigrant.

He lost his dad at an early aged, and was forced to drop out of school due to lack of school fees

He was forced to work on small jobs to feed siblings and his siblings. His mother was severely sick and severally bedridden

Today she is a successful philanthropist, songwriter, dancer and entrepreneur.

As the first born, she was raised in Migori county with her poorly living parents

In 2000, she gave birth to her fourth child, at seventeen years of age. The same year, Akothee and her mother-in-law disagreed, and she left her in-law’s home to fend for herself

Despite having a successful career in journalism, Maina is only boosting of high school education

From a humble background with no strong historical or political links, John Paul Mwirigi became an MP for Igembe South out of the sticks.

The two bubbly anchors of citizen tv met when they were still new entries working with less known media stations.

After high school, with no links or networks, they laid a huge bet on their talent

She was born as Beatrice Kanze Dena was born in Kwale to Duruma.

Top news anchor in Kenya, Jane Ngoiri was not living like a queen before fame.

Jane Ngoiri grew up in the slums of Nairobi and dropped out of school.

She went into marriage the age of 18, but when she was pregnant with her second child, her husband took a second wife and she soon found herself with three younger children, pushed out of her home and with no money

Before he studied at Chuka High School in 1994 and completed his Kenya Certificate of Secondary Education (KCSE) in 1997, getting grade B.

He was born and raised in Kibera slums, in Nairobi.

Lilian Muli has made a big name for herself as a top anchor in Kenya.

Mike Sonko was born from a simple family before rising to be Nairobi Governor.

His venture into music proved him right 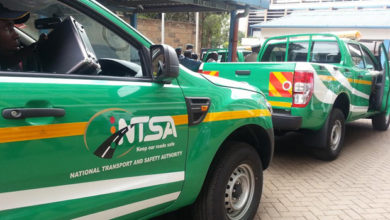