Interior Cabinet Secretary Fred Matiangí has been the talk of the town after he was pictured with an area chief who seemed overweight and obese.

However, the chief suffers from a rare condition, this is according to Mwenda Njoka, the Communication Director at the Interior and Co-ordination Ministry.

“The Chief in Homa Bay suffers from a rare genetic disease and has tried all sorts of treatment to no avail. Its callous and inhuman to accuse him of being corrupt by virtue of genetic illness,” Njoka said

Kenyans took to twitter with some of the savage memes we combined for you.

Only in Kenya🙈 Savage. pic.twitter.com/w22E07Bd1N

Finally Matiangi has met one of the big 4 Agendas pic.twitter.com/sQm4OQPnWf

Ati this is big square vs kenchik …?
😂😂😂 matiangi just met the government… pic.twitter.com/4LNdwcfVjR

Matiangi: man, do you eat criminals or what? pic.twitter.com/hjqBdsjYuG

Matiangi: how can you maintain law and order when you can't maintain your body

Matiangi: Where are the arrested criminals?
Chief: I don't arrest criminals, I swallow them. pic.twitter.com/9LnDPzLFDG

Matiangi be like; Good morning bigman,in which Ministry are you working? As the lifestyle audit been done to you? This is serious. pic.twitter.com/drQ1tBXLFs

Matiangi : what’s your strategy??
Him: i eat all criminals https://t.co/gBQBXWYBLl 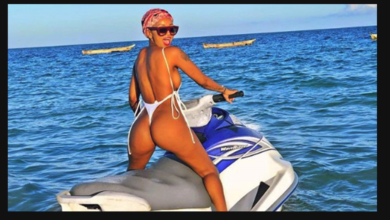