Despite the fact that fashion and body beauty has been an ever quick changing dynamic idea which is actually subjective, their has been a click of body-shame cartels who try to annoy for no good reason.

The so called body flaws or imperfections whether they are stretch-marks, cellulite skin or any other skin imperfections, are usually caused by growth, weight gain, or pregnancy in women and should never be a source of shame.

Shockingly, men are rarely victims, however it does not justify to turn the barbaric and archaic act to men .

When you add surgery, accident or injury to the cause of body scars, you notice almost everyone has a scar whether it is big or small.

Contrary to what fans think she should be completely ‘perfect’, Avril has been battling with acne.

When she shared her no make up photo, it was actually revealed that she has been hiding the huge scars left behind that her followers thought she bleached them off

Its been a journey of identifying my skin type and triggers, learning about my skin in general so I did away with sugar for a while and a variety of things for the triggers. But then@ORIFLAME_EastAfrica went ahead to have me use products tailored for my skin, now I am also using pure and natural shea butter.

After going through the knife more tan 12 times, her body has had more scars than any of the other celebs listed her.

Kenyan makeup artist, Kangai Mwiti who has been battling with acne, has had several social media posts educating her followers on how to compel scars left behind.

Her accident came in while she was in her youthful years old. it was so terrible that she had to be put through many stitches

It left her with huge scars on her face

“A car crash left me with this scar from 19 stitches on the corner of my left eye. I shall not complain: look what an accident did to ‪#‎LeftEye‬ ‪#‎ThankYouGod‬ ‪#‎AliveAndLiving‬. ‪#‎WearingMyScars‬.”

Adding, “It’s barely visible and it happened a while back. I just want to encourage you to keep going no matter the scars you carry. God is still looking out for you!”

When she was just three years old, she fell in a basin of very hot water and sustained a third degree of injuries from the heat.

With God’s grace, her precious little life was saved.

Ever wondered why she keeps the same hairstyle, then here is the reason.

It is believed that she had a very bad accident, which led to sustain a big scar on her forehead.

Her body and lowe abdomen is full of scars she got from a horrific accident that claimed the life of her close friend, and she never fails to show them up as a sign of resilience

Scars Are Easier To Talk About Than They Are To Show, With All The Remembered Feelings Laid Bare. Rarely Do We See Wounds That Are In The Process Of Healing. I’m Not Sure If It’s Because I Felt Too Much Shame To Let Anyone See A Process As Intimate As Overcoming Hurt. Or If It’s Because Even When We Master The Courage To Share Our Still Incomplete Healing, People Reflexively Look Away.
Don’t Be Afraid To Share Your Story It’s A Part Of Who You Are Today.
On A Lighter Note: Bikinis Give Me Mad Anxiety 😅

Tusker Project Fame season 5 winner Ruth Matete also has a huge scar at the back of her body. She got burned with porridge while she was still crawling

“You see that scar on my back? That’s just what you can see. When I was young, I got burned by porridge. I was barely walking. Dad says I was still crawling. Back in Kakamega. Mum had prepared porridge and ran out to do something. I crawled, and touched the tip of the pot (sufuria) and it toppled over. Long story short, I burned 80%. I don’t know what that means. I just know it’s a lot of burning.

“The whole of my back, both of my thighs, parts of my hands, and a small part of my head. I mean, God was so gracious the parts that were burned are those I can hide with clothes. Now I know I was born to serve Him. Miniskirts, haiwes mek.

K24 News anchor showed her fans a shocking huge scar just under her cute neck. She noted that she had a serious accident that saw her go through several surgeries to save her life

“So I wanna tell you a story so yesterday, I met with somebody who asked why I have a scar on my neck. So basically what happened when I was in Form three back in 2005, I think I was 17 years old. So I was walking in tao and crossing the road and this matatu comes and hits me, hapo Railways, I go got trapped under the Matatu and it’s still moving.

“The left part of my face got scrapped off by the road, so I was while from the shoulder to the face. So my skin is gone, at 17 year old my dream of becoming a news anchor also gone, because I knew they will not allow you on Air with no skin.

“I stayed in hospital for about 2 month’s coz I had to go through seven surgeries. I was too broken. And apart from the face, I lost four ribs, my jaw got broken, my lungs collapsed, I was in a real bad state.

So two months later I walked out of Hospital but my skin was still peeled off, for about like four months I was scared on walking on the streets because everybody could look at me and feel sorry for me.

So I will go to tao with a Kitambaa covering my face. But with time I gained confidence, so one time while at school showering I discovered a dark thing on my face and I realized my skin was growing back,” Betty Kyallo narrated. 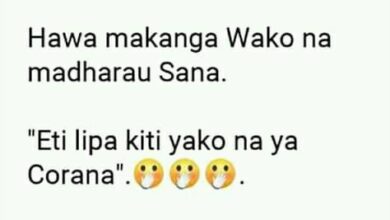 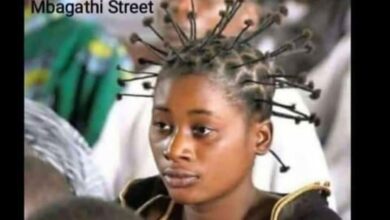 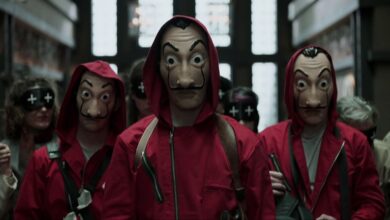 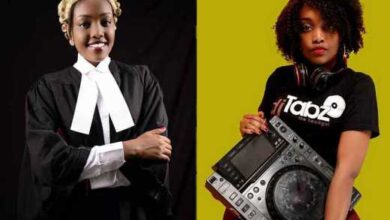 Female Advocates Who Left The Bar To Dance Music In Kenya