Kenyan politics is a no walk in the park, especially to the political debutants.

However, hard work and some luck always pay big for those who are fanatics of politics.

Here is a list of Kenyan celebs who excelled during party primaries and are poised for 9th August elections.

Comedian and radio personality Jalas aka Jalang’o or Felix Odiwour was a happy man after his efforts to become ODM flag bearer gave him fruits.

Infact, he nearly came to losing the ticket and only salvaged it when a rematch was ordered

Musician DNG was among the lucky after he was declared the winner of UDA ticket and will now vie as a UDA merchant.

Soccer player McDonald Mariga was given a direct ticket to vie as Kibra MP on the UDA party.

Mariga was not subjected in any nomination process, and will be seeking to vie for the second time in Kibra

Robert Alai, popular Kenyan blogger had gone for a big sit when he declared his interest to represent Nyando on an ODM ticket.

However, he was forced out of the nomination role and rather given a lesser slot in Nairobi where he will vie as Kileleshwa MCA.

It was official as of January 2022, when former Keroche Breweries CEO Tabitha Karanja joined politics and straight ahead joined UDA party lead by DP William Ruto.

As luck and hard work will have it, Tabitha won the UDA ticket and she will represent UDA in 2022 August elections 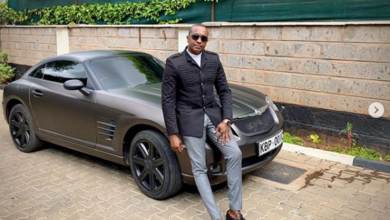