Telling someone that you are done is one of the most difficult things to do. There are certain situations when you would like to break up with the girl, but, for some reasons, you don’t want to settle the matter straight. What is the best thing to do then? Stage some situation, which would make her want to leave you even if you date christian. How to do that? Of course, you can start smoking, if she doesn’t approve, but is the resolution of that situation worth damaging your health? What is left then?

If you still don’t have enough courage to tell it in her face, there is one thing you can do. Your solution comes from cinema. You know those articles like “good films to watch with girls”? Well, if watching a film with a girl can make her love you, why it can’t make her hate you? Thank God, there are plenty of movies to watch with a girl to scare her off for good. You won’t have to tell her anything, as a matter of fact, it is unlikely that you will see her again after watching one of the films that we are going to offer you. So, without any further ado, check out our list of the best films to watch with a girl you want to break up with.

Have you ever heard about the New French Extremity? Well, look no further, as Julien Maury on pair with Alexandre Bustillo directed this home-invasion flick, which became one of the best French sub-genre’s representatives. Unfortunately for French cinema, their directors try to build horror movies on a high level of gore, rather than suspense, which can be clearly seen in Inside, where the house of a pregnant woman is invaded by strangers who want to steal her unborn child. We are not sure whether your girlfriend is going to break up with you immediately after watching the film, but we are sure that she wouldn’t like to have kids with a guy who showed her this movie.

Actually, you can pick any movie of The Human Centipede-series. This Dutch flick by Tom Six, where a frenzied surgeon is having fun by kidnapping tourists and joining them surgically to create the infamous human centipede is enough to make sick anyone. If you manage to show your deepest interest in the movie, be sure that you won’t see your girlfriend ever again.

This 1975 Pier Paolo Pasolini’s film is so notorious that some movie critics condemned the flick without even watching it. What can work better to scare your girlfriend off for good than a film about the group of Italian fascists who kidnap eighteen kids in order to rape, mutilate, and force them into eating feces and food stuffed with nails? The film has a political message, but it’s unlikely that your girlfriend will give this Marquise de Sade’s adaptation a second thought.

Well, this Belgian art film by Thierry Zéno is often referred to as pig f*cking movie. You sure you want to know more? 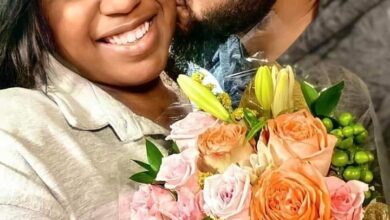 5 Signs Your Partner Deeply Loves You