All girls have their own idea of the perfect man- the kind of man they hope to find one day, the man they can spend their entire lives with. So some girls will prefer tall guys, some prefer short. Some want a guy who they can have fun with, while others just want someone to share their deepest darkest side with.

But no matter what kind of physical attributes or personality traits you prefer, one thing that remains an essential requirement for all girls is ‘loyalty’ and there are no two opinions about this! So if you want to assure yourself of your man’s loyalty, look out for the following signs in him:

You know that guy who doesn’t really have much to talk about, won’t ever plan out any unique romantic dates for you and the only time you’ve ever seen him happy and excited beside you is when you’re getting intimate.
And the minute that’s over, when he’s done what he was here for in the first place, he’ll return to being the cold, disinterested person that he is. Yeah, I’m sure you remember him but your current man is nothing like that!
He doesn’t just want to fast forward everything to an hour in the bedroom and even when he does, it’s followed up by even more love and affection. An hour of intimacy is usually followed up by an entire night of cuddles and long talks

You have an all access pass to his house

No one likes interruptions in their life and no one wants to grant permanent and unrestricted authorisation to their one safe haven to just anyone they meet.
So if your partner was confident enough to hand you a copy of their apartment’s keys without you even asking for them, then this is a sure shot sign of their loyalty towards you.

He remembers to call and text you at the most random times.

He’s been really busy all day at work. You don’t even expect him to take the time out just to talk to you, but that’s exactly what he does! In the middle of everything,
When he’s buried in work from head to toe and tensions are running high, he’ll remember to let you know that he’s thinking of you. It can be a simple message or just a 2 minute call but he won’t end a day without talking to you, at least once.

You’re the only person he has eyes for

Now we’re not saying you should go all crazy judging him for this one point. Sure, he will notice the people around you, he’ll even joke with you about that really hot girl from across the table just to see you get a little jealous.
But when all is said and done, when all the fun and games are over, and when he’s sitting across from you with his eyes fixed, just listening intently to what you’re saying, you’ll feel so sure about the fact that he’s never looked at another girl the way he looks at you.

He’s told his friends all about you

He doesn’t panic at the sight of his college friends when you guys run into them at a random party, he doesn’t introduce you to the people around him as a new friend he made,
He doesn’t avoid putting up a Snapchat story with you just to hide your secret romance and he definitely does not feel any shame in admitting his feelings about you openly, at least to the people who matter to him. His friends know absolutely everything about you, from how you guys met to how you managed to make him fall head over heels in love with you.

He doesn’t mind doing anything for you

He doesn’t have old-fashioned and discriminatory views about gender roles. He won’t mind cooking up an amazing dinner for your date night or helping you change your sheets. And when you’re having the laziest day and feel like doing absolutely nothing, he’ll be around to help you complete all your work.

He doesn’t want to find just this one common hobby or interest that you both share and then work out all of your conversations and free time around that one thing.
No, that’s not how he goes about this relationship! He takes a genuine interest in all of your likes and dislikes and wants to know all the deepest, darkest thoughts you have in that beautiful mind of yours.

He has nothing to hide

He doesn’t have a passcode on his phone and he won’t give a second thought to leaving his phone with you for any reason at all. And this one time when you needed to see some pictures from his Facebook account, he didn’t hesitate for a single second before giving you his password.
Now it’s not like you’re some psycho stalker who’ll take these opportunities to go through all of his personal conversations, but it feels nice to know that even if you did, he wouldn’t have anything to hide.

He never takes you for granted

In all this time that you’ve been together, you’ve always felt like a priority to him and not just an option. If you already made plans together on the same day that his friend has decided to throw a party, he won’t ditch on you last minute. If he has to make an important life decision, your opinion will be a major contributing factor.
And if you ever reach a point where life just stops making sense, when you just stop being happy, and when you can’t help but be a little irritated with everyone you meet, he’ll know how to make you feel better, how to bring you back to life. Because ladies, this one guy is right here for you in the good times as well as the bad. 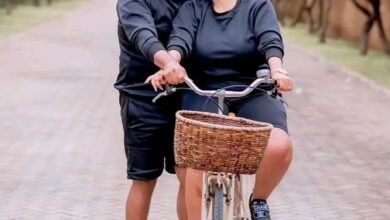 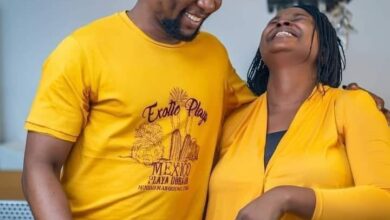 5 Reasons Why Happy Couples Get Fat 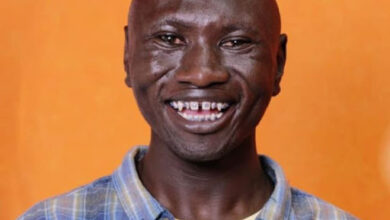 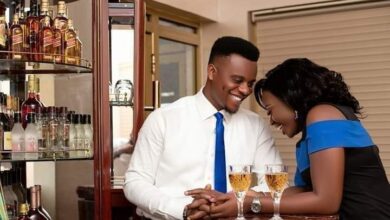