On one of the  “Better Living” show on NTV which is hosted by Kobi Kihara, activist Bonface Mwangi showed up in style. 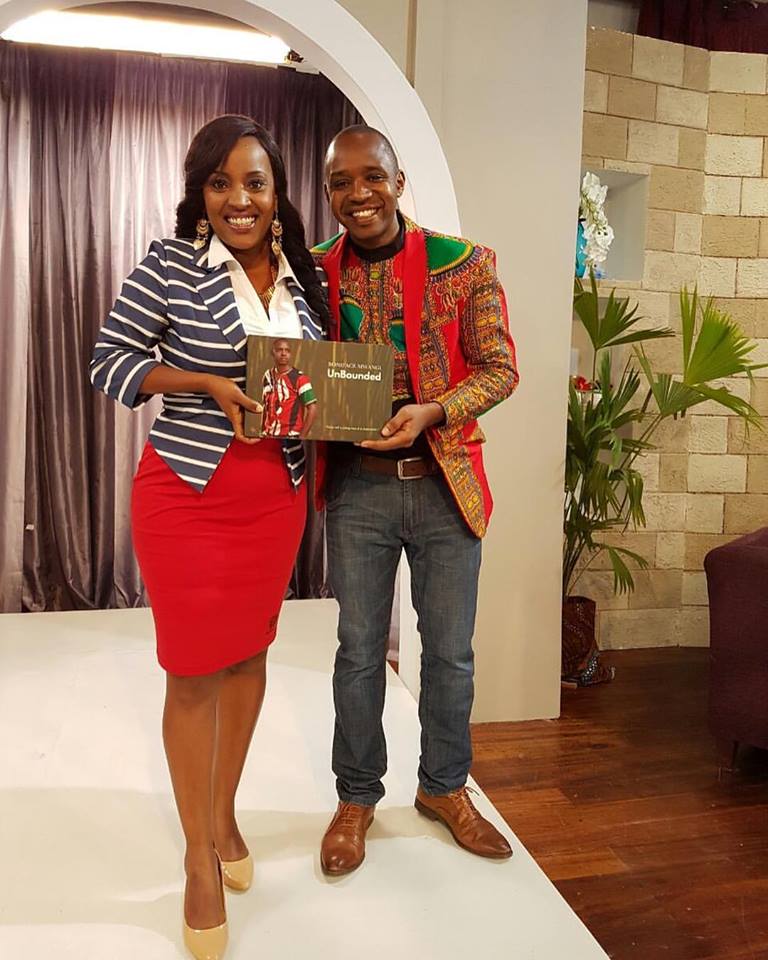 But the show was stolen by a sideshow moment when Mwangi and Kobi forgot they were celebs in unsafe hands of their own fans.

Mwangi was pictured lifting Kobi in a suggestive manner, he later captioned the photo,

“Thank you for watching the interview on NTV’s Better Living. I missed the gym to do the show so l decided to lift Kobi Kihara after the show”

Mwangi who is married with three kids, seems to be having a well mature and understanding wife!