It is 2021 and as more celebs fall in love and make relationship goals, some of them are finding it hard to handle each other.

Here are Kenyan celebs who have separated and parted ways in 2021.

It is officially over between popular Tanzanian Singer Nandy and her longtime rapper boyfriend Billnas.

Billy has not yet confirmed the news but he has deleted photos from Instagram.

Joseph Irungu and Model Micabel Ella are no longer in their love relationships.

Model Ella aka  Eleanor Musangi had a reltionship with Jowie Irungu for several months since he came out of bail from his arrest.

The separation news were broken up in February 2021 but according to Model Ella, they last saw each other back in December 2020.

“Our relationship ended both professionally and personally and Jowie had changed a lot hence I did not want to be tied to his life story,” Ella said.

“For legal reasons, I stated that so he could be allowed to live in Nairobi as the police on his case have to be aware of where or who he’s with. I truly helped Jowie with a clean heart out of the compassion for the broken state I found him in.” She added.

Yummy Mummy aka Joan Munyi rebuked a fan who asked whether the duo was still together.

“I am sick about all these questions about Zach and my marriage. Are you asking because you genuinely care, or you just want tea? Examine your heart and your intentions,”

‘When I met him for the first time, he had just been introduced to our department. I just remember looking at him and thinking, ‘wow, God took his time with this man.’ I was dating someone at that time, but the relationship was not that serious. It was like for 2 months and in two months can you really say you are dating anyone?” Joan recalled.

Daddy Owen’s recent revelations on internet with Standard Digital reveals that he went into depression and sad state.

The popular gospel artist revealed that his music career was greatly affected due to lack of peace at home .

“When the story came out, I was like…oh! I wouldn’t be the person to confirm it after all. But the fact is that whether I talk about it or not, the truth will eventually come out. I wouldn’t be the one to come out and tarnish her name and if I wanted to discuss our family issues, I would have done that a long time ago. The truth is out there. It’s hard to fight it. I wish her all the best,” said Owen.

A saddened Daddy Owen, who is trying to come to terms, continued with his revelations .

He added that; “We have been discussing our issues as a couple and consulting when things don’t go right. We haven’t been agreeing on everything and that is human.

However, when one wrong leads to another, you really have to get concerned and start thinking hard. When it came to that, I fell into depression and could lock myself in the house and cry, asking God why this was going on.

I stopped writing and releasing songs, as my creativity wasn’t working. I could not pray, as I felt weak inside. I contemplated doing everything wrong, even death.

Nothing in life makes sense. The worst bit is that everyone out there thinks you have it all put together and life is progressive,”.

Asked whether they were going for divorce, Daddy Owen replied with a bible verse from the book of Matthew

“There is only one main ground for divorce in the Bible. Go read Mathew 19. It is all explained there and so that is all I can say about that for now,” replied Owen.

Word on the streets has it that Owen and Wambui are currently in a legal tussle in which she demanded that he pulls down her pictures and those of their children from his social media pages.

Okwonkwo aka Mejja has come out for the first time in public and declared that his marriage with wife is no more.

Mejja told local paper that he broke up with his wife amicably in December 2020.

‘Me and my wife are not together at the moment. It is one of those case I myself cannot understand. It is confusing because we were just fine, in layman’s language I would say she found her happiness in something else and it is her right, same way I would have wanted her to understand me. Everyone is supposed o be happy. It is so hard to let a girl go not because she did anything wrong to you but just because maybe she wanted to find her happiness in something else, for example a job,” Mejja said.

He also noted that it was the toughest decision to make and he had to let the fate take its way.

”We parted way in December 2020, and it depressed me. Have tried talking to her twice about this but we have not come to a solution because it is a very tricky issue. I wish the happiness she wanted was something I could get from the shop, would have given her.” he added. 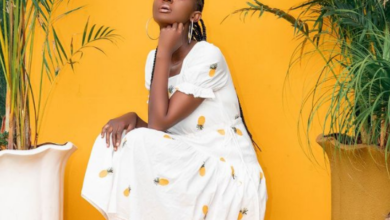 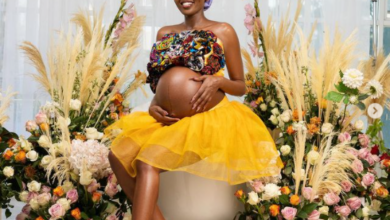 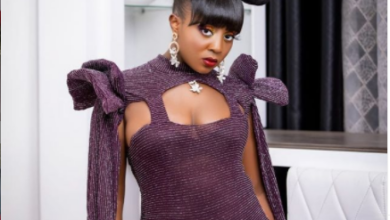