With the introduction of alternative media, being creative and having no platform is a thing of the past.

Social Media and websites among other platforms have provided a safe heaven for budding Kenyans who are excellent in content creation.

These Kenyans have not only went viral, but went ahead to make a good catch for their monthly bills.

Here are Kenyan celebs making millions on You Tube is the modern era of technology.

Felix Odiwour popularly known as Jalang’o is the owner of Jalang’o TV, and his talk show, Bonga na Jalas.

He boosts of having hosted Deputy President William Ruto. Besides his show is one of the most popular online You Tube shows.

Jalang’o has partnered with multiple brands and advertises products via the channel.

She runs the channel alongside her boyfriend Trevor who doubles up as the Director of the show.

At one point, the couple revealed that they earn about Ksh1.5 million per month from their channel.

After losing his TV job on NTV and acting role as well, he went ahead to start a You Tube channel.

Timothy Njuguna boasts of over 592,000 subscribers and over 70 million views for his content.

This massive connection on You Tube has seen him win the hearts of massive brands who have partnered with his projects .

These brands include brands such as telecommunications giant Safaricom, and KFC among others.

According to media reports, Miss Trudy recently revealed that she pockets about Ksh500,000 per month from the channel.

Top You Tube Earners in Kenya based on a research

After the revelations that Kenyan not so much popular comedian Henry Desagu was pocketing atleast 800K per month and making more than 11 million in a year, more and more figures have emerged on who is the top most paid Youtubers in Kenya

The Wajesus couple whose videos are not so popular,are taking home over Kes 2M monthly. Otile is making more than Sauti Sol. Kes 6M against Kes 4M per month.

Here are most paid Youtubers in Kenya by 2020. 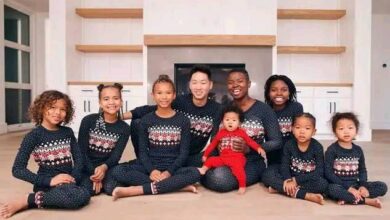