On Tuesday night, seven students were critically injured after a violent clash that broke out following clkaims of religious discrimination in school.

Those who had been admitted at the hospital had knife cuts stabs and machete cuttings, It is not clear how student managed to carry such crude weapons to school.

The school Principal Fred Owour was also injured in the clash.

Police arrived to get to the bottom of the matter

Students at Jamhuri High School are fighting and stubbing each other. Teachers and other students say "the Muslim students want the Christian students to convert into Islam or leave the institutions". 3 students have been stubbed and in critical condition. #SokoNews

Since when did our schools started experiencing Religious conflicts?
If Jamhuri High School Students can fight and injure fellow students for religious reasons then we have a bigger problem than we are in currently.

Sad to learn that a student clash at Jamhuri High school has resulted into several knife wounds in students.

Story being, Muslim students attempted to force Christians to convert or leave the school. 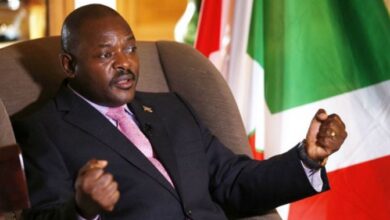