Young entrepreneurs are changing the face of Kenya. They are the brains behind most great ideas in Real Estate, Financial Services, Manufacturing, Tech, Green tech and Agriculture. They therefore offer solutions for healthcare, electricity shortages, waste management, and unemployment. With some manufacturing the foods we love, others are developing cool apps for mobile phones. Here are 20 Kenyan youth entrepreneurs you should know of: 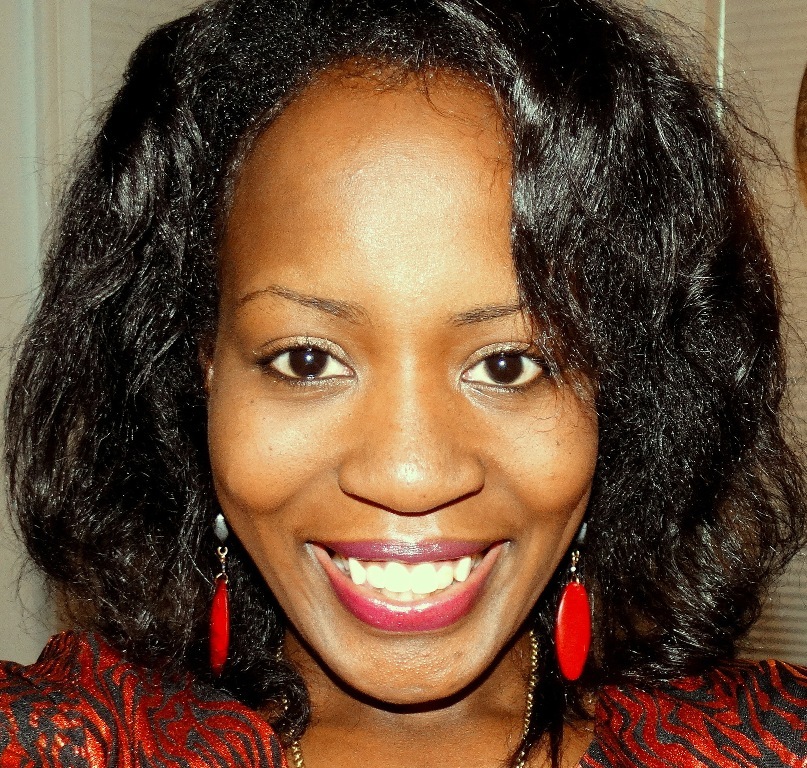 Catherine Mahugu is a co- founder of Soko, an e-commerce platform based in Kenya and San Francisco, USA. Soko allows local artisans to sell handcrafted jewellery directly to consumers. Mahugu 27, graduated from the University of Nairobi with a bachelor’s degree in Computer Science. She has been involved in various ICT for Development projects, including Stanford University’s Nokia Africa Research Center Design Project, building mobile applications targeting informal communities.

He is the founder of Impact Africa Industries. Impact Africa Industries deals in producing affordable, reusable sanitary pads for the disadvantaged women and girls. Established in 2011, the company is located in Kitale. The 25-year old is a holder of a Bachelor of Commerce degree from the University of Nairobi. Paul was an Anzisha Prize Fellow in 2013.

26-year-old Mike Muthiga is the founder of Fatboy Animations and the man behind Faiba fame.  The company produces 3D and 2D dimensions animation for film and commercials. After pursuing engineering, Mike opted to pursue his passion in animation. Muthiga began taking free online tutorials and later joined the production team of TingaTinga Tales, a children’s cartoon series based on African folk tales, where he honed his skills. FatBoy Animations has produced several viral animated commercials for Kenya’s blue-chip companies like Safaricom, Telkom Orange, Barclays Bank and Jamii Telecommunications (JTL).

Muchemi is the founder of JamboPay providers of Web TribeKenya. It is a leading IT company in Kenya that provides e-payment services, web application and network securities. JamboPay provides e-payments services for e-commerce players as well as e-ticketing services and electronic cash disbursement services. JamboPay is a recipient of the Google Innovation Awards in Financial Services for 2013. Through their brand JamboPay, the company now has 700 businesses working with them with over 100,000 users on their platform.

Mwale, who is now 23 years old, founded Sky Drop Enterprises. His story began in 2007 at the age of 14 when he established a borehole for his community. He later built a business enterprise along the same path. His company, Skydrop Enterprise purifies water and channels in to the public at half the normal market price. In 2012, Mwale sold a 60% stake in Sky drop to an Israeli firm for 50 million. He is also the founder of Gigavia.com an educational social networking website that allows schools and teachers to be part of it, so you can sign into class-specific areas of the site where academic materials can be shared. Gigavia.com has a personal library section where you can share books at a class level

30 years Lorna Ruttofounded Ecopost in 2009. The company collects consumer plastic waste such as polypropylene and polyethylene and converts them into durable, easy to use and environmentally friendly plastic lumber. The product is an eco-friendly alternative to timber which is used to manufacture fencing posts. Born in Kaptembwa, Lorna resigned from her comfortable banking job to help the disadvantage and create a friendly environment for slum duellers. She started a compost to make Nairobi plastic waste free environment. So far, she has created over 300 jobs, generated $USD 120,000 in revenue in a year, saved over 250 acres of forests and withdrawn over 1,000,000 kg of plastic waste from the environment. She is the 2011 Sub-Saharan Africa Cartier. She holds a bachelor’s degree in commerce accounting and entrepreneurship.

He is the co-founder of Serene Valley Properties (SVP), a Real Estate development company in Nairobi. SVP is behind the development of Sigona Valley project; a KSh350 millio (gated residential community in the outskirts of Nairobi.

Kentia, 29, is the founder of Tria Group, a Kenyan outdoor transit-advertising firm that uses public transit vehicles to market leading consumer brands in Kenya. Tria, which was founded in 2013, places advertising on more than 200 buses in Nairobi for clients such as Unilever, Google, HP, Dell and Konica Minolta. Khetia is also the founder of Society Stores, one of the most popular supermarkets in Thika. He studied Management at the prestigious Manchester Business School, specializing in Marketing.

Muyika 21 is the founder of Zagace, cloud enterprise software that enable companies manage inventory such as account, payroll, stock management, and marketing. The inventories are bundled in a simple and easy format called zap apps. When he was 16 years, he founded Hype Century Technologies, a web hosting company, which he later sold to Wemps Telecoms in a 6-figure deal.

Noorani, 32, inherited a small driving school and car hire business from his father only four years ago. He is widely credited with expanding that business into what is known today as the Pride Group, a Kenyan conglomerate that owns a portfolio of six 3-star hotels across Kenya under the ‘PrideInn’ brand, bakeries, restaurants, a tour company and other assets.

Evans Wadongo is the innovative Kenyan engineer who developed the Mwanga Bora lantern lamp, a fume-less light source made of 50% recycled materials. The lamp is meant to replace smoky kerosene lamps and firelight in rural Kenya. The 27-year old is the chairperson of, Sustainable Development for All (SDFA), which sponsors empowerment initiatives that train local s on how to reproduce the lantern and sell. The foundation supplies lanterns to rural areas that have no access to electricity. Born in Kitale, Wadongo used kerosene while studying. This encouraged him to save the next generation from eye defects because of smoke.

Cosmas Ochieng is the founder of Eco Fuel Kenya, an East African firm, which produces environmentally friendly, green bio fuels and organic fertilizers from renewable indigenous sources such as the croton nut. The 28-year entrepreneur attended Kenya Polytechnic University College and earned a Bachelor of Applied Science in Food Science and Technology.  Before Ecofuel Kenya, Cosmas worked as the General Manager for a Self- Help Center, aiming to improve the quality of forests-adjacent communities in Kenya by promoting innovative economic opportunities in natural resource utilization and sustainable agriculture.

The 28-year-old Kenyan entrepreneur is the founder of Stawi Foods and Fruits, an innovative start-up that procures bananas from smallholder farmers in rural Kenya and processes them into banana flour. Established in 2011, the company works with over 200 farmers in Meru who supply banana for making Stawi Banana flour. Erick has a degree in law from the Catholic University of Eastern Africa.

Mark kaigwa is the co-founder and partner at Afrinnovator, a venture that publishes exploits across African innovation and technology. He also collaborates with African digital art, a website that gives creative inspiration in animation, illustration, photography and design from Africa. Kaigwa 25, is also a multi-talented creative director, filmmaker, digital marketer.

Kariuki Gathitu is the founder of M-Payer, a mobile money management system that is commonly used by Kenyan small and micro enterprises. Kariuki is passionate about innovation, technology and business. He is also involved in youth advocacy and from time to time travels around the continent speaking to young people about entrepreneurship. He has worked with the African Union, the World Bank and governments.

Mbagaya, 28, is the co-founder Econet Education that provides Eco School a free open online platform for education material. it that targets 5 million Econet Broadband subscribers offering them free access to 50+ education websites including Coursera, EdX, Wikipedia, Codecademy and others. She previously worked at Google.

He is the project director of a mobile photo exhibition held in towns across Kenya. ‘Picha Mtaani’ is an initiative that seeks to create a platform for peace building, national healing and cohesion through street picture galleries, hosted dialogues and repertoire of the reflections and discussions. He plans to develop an online platform that will use photography as a catalyst for social change across East Africa. Picha Mtaani has reached over 500,000 individuals. Boniface has worked as a photojournalist for the Standard, and has worked as a freelancer for Bloomberg, the AFP, Reuters, and the Boston Globe. He holds a Diploma in Print Journalism from the East African School of Journalism. 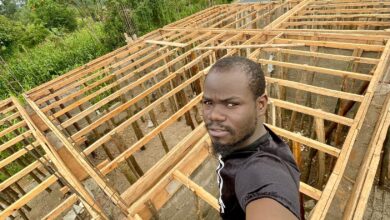 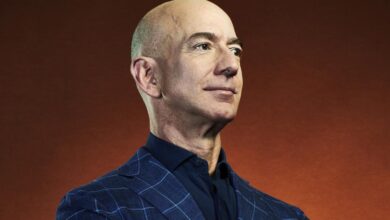 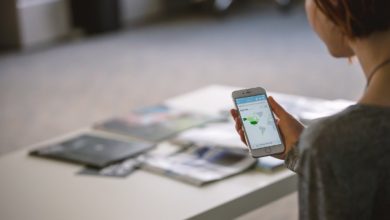