HIV incidence is the number of new people acquiring HIV infection in a given period in a specified population.

While HIV prevalence refers to the number of people living with HIV at a specific point in time and is expressed as a percentage of the population.

A report in 2020 by KEPHIA has released some data based on HIV incidence and prevalence in Kenya’s 47 counties .

Counties with highest number of people living with HIV/AIDS

Counties with least number of people living with HIV/AIDS

Across the world, Kenya is ranked at top number in regards to people living with HIV/AIDS

Living with HIV/AIDS is not the end of a life, but it just means that your immune system is likely to be weak as compared to those who have HIV/AIDS negative status.

The list below makes Kenyan celebs who have gone public and confessed that they are actually living with HIV/AIDS status.

The viral homosexual gospel artist went to public about his relationship status including to be having HIV/AIDS virus.

He is a famous rapper better known by his group Ukoo Flani , He even confessed about the woman who infected him.

He confessed that he was HIV positive and also gay. Frigacy is one of the first upcoming and growing artistes in Kenya

The Kenyan musician and MC based in Würzburg Germany  was imprisoned on grounds of having sex with 8 women among them a 13 year old girl.

The court found Kennedy guilty of knowingly having unprotected sex with these women while he knew he was HIV positive.

She was infected in 1999 by her friend’s ex boyfriend. Surprising the man never confessed to her he was positive.

Simaloi also noted that the female friend knew her condition together with that of her friend but never got to reveal the same.

She told me that I would regret it, but I dismissed it as just jealousy. In retrospect, however, I suspect she must have known about his status since their baby died two weeks after birth,” Said Simaloi.

She learnt of the disease when she applied for a job and needed blood tests. That’s when she learn when the blood tests returned positive.

“He admitted to having infected me because he was in love with me. He claimed that he was afraid i would leave him. I left him and went to live with his cousin who introduced me to hood rats. Everyone kept hitting on me and I became angry and bitter with men.

10 Cute Kenyan Ladies Who Confessed They Are HIV Positive

ARV’s help to reduce the danger of HIV virus, a condition that lower’s one immune towards body defense. Stigma brought by the condition can be cured by love and self acceptance.

If you are not infected, you are likely affected by the either the virus or the stigma. The little we can do is to know our status, share them with our loved ones and remain faithful to one partner.

Did you know that when HIV virus is suppressed in a positive victim, he or she can have a negative kids, without even infecting the negative partner?

We share 10 Kenyan ladies living positive and have confessed to the public. The ladies are healthy, happy and hot like any other Kenyan who might be negative.

The 25 year old sassy lady lives with HIV/AIDS but one cannot tell until  it comes from her own mouth.

She new about her status while she  was in Primary school.

Unfortunately for Moraa, she was born to a positive mum and a negative dad. Her dad is still negative.

Moraa lives happily, confident and healthy just like any other negative lady.

“When I was aged 12 and a pupil in Standard Seven. During one of my many hospital visits, I overheard my mum talking with my doctor. All along, I was visiting the hospital, but I did not know what exactly was wrong with me. I heard the doctor ask my mum: ‘When did you discover that she is HIV (Positive)?’’

Since then, she put under antiretroviral drugs. Moraa lives to fight the stigma associated with HIV as a death sentence.

She went public with her status in 2015.

From Masewani in Machakos County, 20 year old Mercy Nduku is an advocate for young Kenyans living with HIV/Aids.

For Mercy, she thinks HIV is not the biggest threat, but rather the threat is based on the stigma that comes with the infection.

She found out she was living HIV positive at the age of 5 after her mum had died of AIDS complications, her dad passed when she was 8 years from the same case.

When she joined High School, she struggled taking medicine based on the stigmatization that would have come when her friends realized that she was living positive

Brenda is a young lady also who went live and public with her HIV positive status. Brenda believes that HIV is just a condition like any other in the world.

She shared a wonderful message to inspire all.

Good morning, my name is Lebogang Brenda Motsumi aka African Queen. I am not HIV, i am living with HIV. I am not the virus, the virus lives in me.

I am not defined by HIV, but i define HIV.’

Esther, unlike many other who said they were infected by their parents during birth, she got the virus from her university lecture.

Esther has been quoted by media noting that she was cheated on and dumped by her lecture who claimed to love at her Makerere University.

She was infected in 1999 by her friend’s ex boyfriend. Surprising the man never confessed to her he was positive.

Simaloi also noted that the female friend knew her condition together with that of her friend but never got to reveal the same.

She told me that I would regret it, but I dismissed it as just jealousy. In retrospect, however, I suspect she must have known about his status since their baby died two weeks after birth,” Said Simaloi.

She learnt of the disease when she applied for a job and needed blood tests. That’s when she learn when the blood tests returned positive.

“He admitted to having infected me because he was in love with me. He claimed that he was afraid i would leave him. I left him and went to live with his cousin who introduced me to hood rats. Everyone kept hitting on me and I became angry and bitter with men.

The city woman from Nairobi was first exposed to HIV virus when she was barely 24 years in 2002. She got it on the first night of their wedding.

For Renee, she got it from her husband who had been knowingly living with it for couple of years.

The husband even had an opportunity to lie to Renee, who had had uprotected sex for the first time.

“10 years ago on this date was the first time I was exposed to his HIV. Before this date we had NEVER had unprotected sex. I was very adamant about it. Your wedding night is the time to consummate the marriage. Well my wedding night we did that but he also knowingly exposed me to his HIV.”

From that trip to the doctor when he said his HIV test was negative, to his mom telling me to ask him about HIV and he saying he didn’t know what she was talking about just days before the wedding, to having unprotected sex with his WIFE on our wedding night,

The husband admitted only before a court of law

when the judge said, “we have you on a recorded conversation admitting that you had HIV since 2002″ the lies stopped! I was 24 years old on this day August 4, 2007 and on this day my body was introduced to HIV.”

Ruth Kamande, told the court that she killed her lover from the case relating to her man using HIV drugs without her knowledge.

Ruth was actually saying that she was infected in 2005 by her man who she later stabbed him 22 times.

Even though she is a South African, her story blends well with this article.

She is a young lady living positive and willing to fight the stigma unlike many other HIV positive victims.

Saidy knew about her status when she was 14 years old during a local school HIV awareness camp.

She is positive with the virus, and so is with her life too.

Just like her mate Saidy Brown, Fortue Nosiwe is one of the jewels of beauty in South Africa.

Even though she is HIV positive, she doesn’t let her status define her net worth!

Instead Nosiwe has moved from the hospital bed to spread the love and word to those who look down upon HIV positive patients.

Celebrities Kenya Has Lost To HIV/AIDS

The famous Kenyan author and gay rights activist Binyavanga Wainana is known for declaring that he was HIV+ back in December 2016.

On July 11 in 2020, Ohangla fans were dealt with a big blow after the death of popular Ohangla maestro Maureen Achieng, popularly known as Lady Maureen.

Lady Maureen took here last breaths around 3am early in the morning at her home Uriri, Migori County. She died shortly after being released from the hospital

Last month in June, fake news of the musician death spread after a dancer also called Maureen passed on prompting her mother to tell her fans that she was alive 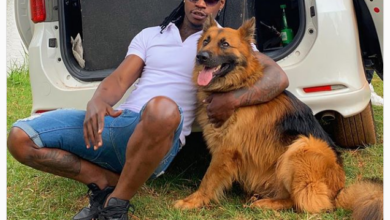 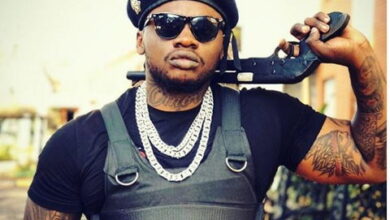 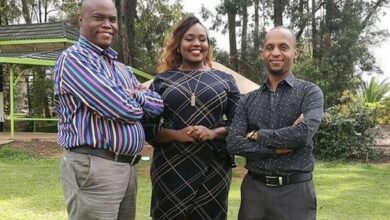 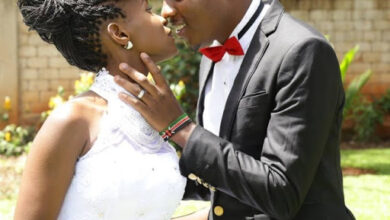