Comedian Jalang’o, aka  Felix Odiwuor was the emcee at the 16th July event which happened on Monday during which Ex US President Barack Obama launched Sauti Kuu project- a recreational And vocational training NGO. 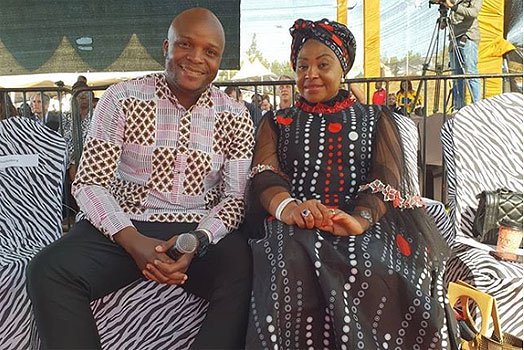 How Jalas landed the job to be the big events MC is the big story according to his own words.

On his morning show at Hot 96, comedian Jalang’o who hosts with Jeff Koinange had joked that he will be the emcee at the event which was pioneered by Obama’s half sister Rita Auma Obama.

Unknown to him, he received a call from managing director of Gina Din Events Lorna Irungu informing him that their firm mandated to take control of the event was looking for an emcee and he was the most suitable candidate.

Sometimes what you say is powerful because you never know who is watching or listening, the tongue is very powerful, said Jalang’o

As lack may have it, Jalas would later shake hands with Obama and even exchange few words with him.

“Obama held my hand as he was coming to the stage and patted me on my shoulder and told me good job and I said thank you Mr President,” he added.

But before he met Obama, he had to meet someone else we all know, Secrete Service, who had to prove his identity.

“I had to go through meetings and interviews, where I would meet the secret service. It was a long process. I could not use my phone a few days to the event due to security reasons.”

Jalas has also emceed top events such as presidential events and the World Cup in South Africa in 2010.