In Kenya, high end barbie secondary schools are very expensive in that parents or guardians can part with more than a million per term.

They are basically a pipe dream for many Kenyans who barely survive on a dollar. Besides these celebs actually afforded them with alot of ease.

Aka Ian Munene, he went to Brookhouse High school. The Machachari actor is currently at Canterbury, Kent for his university in UK.

President Of Kenya Uhuru Kenyatta schooled at St.Mary’s Nairobi. Jeff Koinange who was his school mate and junior spoke of harassment from the young Uhuru then

“Boss, Uhunye alinihanda ndani ya minibus ya shule bwana (Uhuru used to bully me in the school minibus). Can you imagine that he is now the President?” Jeff said.

Hollywood Actress Lupita also studied from the same school, even though she was so much junior as compared to the two

She made her debut on Citizen TV as a business news anchor. Before then she was at Hillcrest Secondary School before joining Middlesex University for a Bachelor’s degree in Public Relations, Advertising and Applied communication.

The DW reporter Edith Kimani is also an alumnus of Hillcrest High.

“Back then State House Girls haikuwa na mabarbie vile, though the rich walinishtua sana! However, when I got a scholarship to attend Hillcrest, I have to admit – I suffered a culture shock of my life! I was flabbergasted – students came from very affluent families! Wanafunzi walikuwa wanaletwa mpaka na chopper na saa hizo mimi ni mtoto wa Maringo… Then they spoke in deep English accents, you can just imagine!” Size 8 revealed to Citizen.

It happened that the two Citizen TV anchors all went to Rusinga school.

Take a look at some of the most expensive high schools in Nairobi, and how much you will spend while studying there.

Kindly note, attached is the tuition fee, other charges apply. 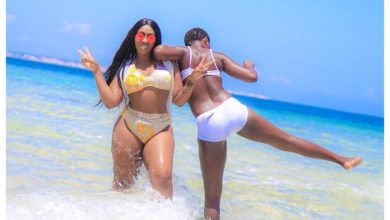