If you thought you having a good 2018, you have not met these Kenyan celebs who already have acquired new expensive toys.

Daniel Ndambuki aka Mwalimu King’ang’i has bought himself a deluxe BMW Ksh.4 million.

The new ride is convertible and is silvery in colour, probably his best colour.

He recently launched a show on Maisha Magic East on DSTV

Few days after High Court in Nairobi nullified his petition and ordered him to pay 5 million to Jaguar and 5 million to IEBC after losing his case, he has been seen with a new car in town.

It is a BMW Convertible which is just awesome and looks a trend for him.

The flamboyant chaps also owns a Benz, Rolls Royce, Bentley and a Range Rover Sports cars among other expensive cars

Rosemary Chepkorir was gifted after she graduated with a law degree yesterday during which hundreds of her fellows also graduated from the top varsity.

Chepkorir is set to finish another degree in international law come the end of 2018.

Hon. Sossion has played a double parent role after he lost his first in a road crash

Uganda’s top musician who is also famed in Kenya and the rest of the world Jose Chameleon has bought for himself a brand new convertible car from Bentley Automobile firm. 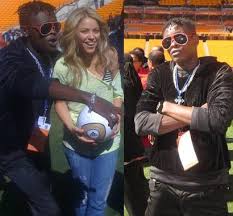 Jalango who hosts a morning show with Jeff Koinange on Hot 96, has added two more sleek cars on his garage.

Jalongo befroe he the duo , he had Ksh18 million Bentley and Ksh20 million Range Rover Overfinch.

BMW X6 and a Land Rover Discovery, both red in colour are his latest love birds.

The comedian is said to be earning millions of shillings at Hot 96, besides he owns a publicity firm called Arena Media

Lilian Muli who is heavily expectant of her second kid from Tanzanian tycoon Jared Nevaton has spilled more beans from herself.

After flaunting a sexy baby bump, she has shown us what she is currently driving . Before she was driving a Range Rover Sport.

But she has switched gears and she is on 2010 Mercedes-Benz E-Class Coupe which has an estimated value of sh3,500,000

Seed pastor James Ngángá from Neno Evangelism based in Nairobi has acquired another type of an expensive toy worth 21 million shillings.

The car is one of its kind Lexus makes. The pastor’s expensive machine is a 2016 Lexus LX 570

The car will be in company of her sister who is worth more than 18 million, another beast too, Range Rover Sport.

Starehe Mp owns several deluxe and luxury cars behind his backyard. But seems like his insatiable appetite for cars is not yet over.

This comes after he was spotted with a new Range Rover Sport which would cost him more than Ksh.70 million shillings.

The Starehe Mp is also one of the few numbered Kenyans who own Bentley luxury cars that makes cars from a minimum of Ksh.24 million shillings.