A good car company logo be loaded with design, iconic, synonymous and inspire trust in its product, while also communicating power, reliability and prestige.

Some logos even include a nod to the company’s history.

One of the bad question you can ever face in your life, is when you are being asked about the whereabouts of a particular car or vehicle, which of course you don’t have any idea with.

And here is such a question, did you know the meaning of car logos you have ever seen? Here is the answer to that.

It should read, Bayerische Motoren Werke AG in full which makes it sound just awful like another cheaply made car.

There are two theories as for the origin of this name and logo.

One, the white and blue parts were thought to be blended together with a spinning plane, with a name BMW written above it. This can be traced back to their first ever earliest advert.

Another one is the blue and white quadrants represent the Bavarian Free State co lours but then it was illegal to use state symbols and colors to represent a private entity.

The theory of the advert holds a handful of enough water to explain its origin yet. The company’s logo is clearly states for their case.

The three pointed stars fr the German automobile represent their dominance in three areas, the land, the sea and in the air.

Mercedes also manufactures planes and boats for this case.

Just like the counterpart Mercedes, there name and logo is well explained and with clear cut meaning.

‘Mitsu’ means ‘three’ in Japanese, while ‘hishi’ (pronounced ‘bishi’) means water chestnut, and is also the same word that the Japanese have long used to denote a rhombus or diamond shape.

Subaru is another cool car loved by many if not all young minds.

The meaning of their name and logo is actual very interesting bearing in mind that it is a Japanese car brand just like Mitsubishi.

Subaru in Japanese language generally means united, but on a deeper meaning it denotes a number of united stars in the cloud

Pleiades star cluster (aka Seven Sisters which is one of the nearest star clusters to Earth and which is most obvious to the naked eye at night).

These six stars are especially easy to identify in the Japanese sky, and have guided travelers for generations.

Mazda is a that is an Asian brand majorly in love with symbolism.

The symbol originates  from Ahura Mazda, the god of wisdom, intelligence and harmony in early Asian civilizations. It also derives from the name of its founder, Jujiro Matsuda.

Even though Mazda have stated the core meaning of their company’s logo, it is not clearly and easily stated as you thought

Here is their explanation

Capturing the spirit of Mazda, the stylised “M” evokes an image of wings in flight and symbolises the Mazda’s flight toward the future. The “V” in the centre of the “M” spreads out like an opening fan, representing the creativity, vitalty, flexibilty and passion that is Mazda. The symbol as a whole expresses the sharp, solid feeling that Mazda will be seeking in all of its products. The dynamic circle symbolises our readiness to spread our wings as we enter the 21st century.

Ford’s logo, is probably the easiest and simplest car logo to tell, so simple that the head of the marketing office didn’t need any explanation while explaining its meaning

“The Ford oval is a powerful symbol, recognized the world over as an icon of the company that put the world on wheels. As we head into our next century, we want to make it very clear that it is the same symbol that will lead the industry on three simple tenets: great products, a strong business and a better world,” Jan Valentic, Ford’s VP of Global Marketing, once said. 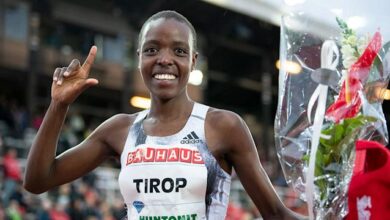 Interesting Facts You Need To Know About Murdered Agnes Tirop 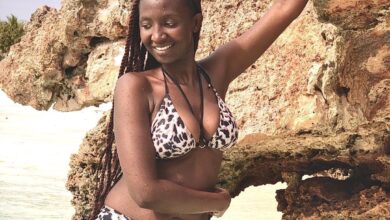